Weed-IT is a revolution in weed control application technology, developed specifically for the control of weeds on public footpaths and similar hard surface areas in urban situations. JSA has taken this idea one step further and after visits to Holland and in collaboration with the Dutch manufacturers, we have commissioned a bespoke machine for use at Airports.

This is the only machine of its kind in the UK!

The £50K system consists of a shrouded spraying head mounted on the front of a purpose-built vehicle. Within the shrouded head are sensor units and spray nozzles. The sensor units detect the presence of weeds and trigger the appropriate spray nozzles to apply accurately the correct amount of herbicide just to those weeds and their immediate surroundings.

The result is very high levels of weed control coupled with greatly reduced herbicide use and increased safety to the operator and the public.

Rather than spraying an entire area that can have than 10% weed coverage, Weed-IT sensors are mounted to the spraying vehicle and can detect weeds up to 25km/h, only turning chemical on for a short moment when a target plant is detected

The Weed-IT product has actually been around for over 9 years but JSA has adapted it for use in the UK. This technology was first invented and released into Holland in 2001. European environmental departments made a statement many years ago regarding concerns of blanket chemical usage over footpaths and street guttering.

Weed-IT was developed to address this issue and came up with the solution that now only sprays 10% of blanket rates across many local authorities in Europe.

The technology is most commonly fitted to quad bikes where operators scope footpaths, roadway and gutters for weeds. See the below photo of the original design.

Weed-IT is the only one of its kind. It is unique how it detects, measures and applies chemical to plant matter. Weed-IT runs on a standard 12 volt system. Power is connected directly to the battery and runs to an interface box. The interface box does many tasks; one of them is to invert 12 volts up to 30 volts. A low voltage system suffers high power loss over large distances, so to overcome this Weed-IT inverts 12 volts to higher voltage levels so that power loss across large 36m booms is minimized. Weed-IT uses 30 volt spool solenoids across all of its spray nozzles. This allows higher voltages to be used but most importantly allows the interface box to send a very high signal voltage to that specific solenoid for fast opening times. These solenoids are able to open in 1 millisecond and close in 5 milliseconds. At 25km/h the ‘delay distance’ to open the solenoid is only 8mm! The ‘smarts’ inside the interface box send a high ‘opening voltage’ so that the solenoid opens quickly, but then the voltage is lowered to a ‘holding voltage’ should the solenoid need to remain open for longer bursts.

One interface box has enough power to run a 36m system without any additional components. Be aware that some competitor systems require additional boxes to be installed to act as “boosters” to handle large distances, and these come at an extra cost to you.

Weed-IT sensors are also unique. One sensor controls 5 individual solenoids. This means that if a plant is detected only on the far right hand side of the sensor’s view then only the far right hand side solenoid will be activated to spray. Should a plant be big enough to cover 2 or more sensor views then the corresponding solenoids will be activated. 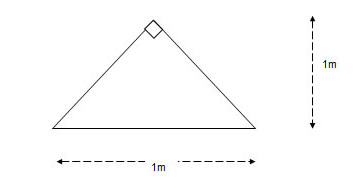 The spray nozzles on the back of the boom can be mounted at different heights and calibrated to suit that height. Commonly we are running nozzles 75cm off the ground, however in more windy conditions we are seeing requests to mount the nozzles 50cm off the ground to minimize wind drift. 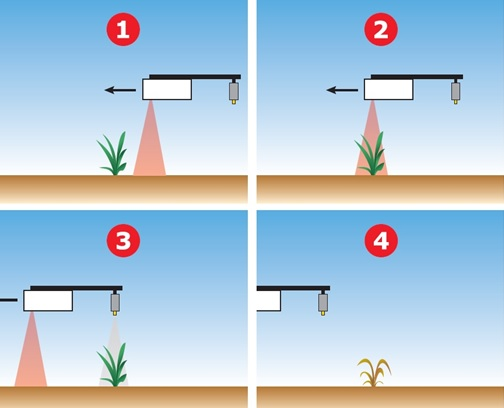 At 75cm off the ground “4003” stainless steel solid Teejet nozzles are provided. Due to the high ground speeds air induction nozzles cannot be used as they take too much time to form a spray fan. At 20km/h a “4003” nozzle will spray at 70L/Ha.

There is no flow regulator in the Weed-IT system. It needs to be regarded as a massive spot sprayer and the only way to control flow rate is via ground speed, nozzle size and pressure. A “4003” Nozzle will spray at 40 degrees. This in actual fact sprays wider than the 20cm sensor view on ground. A ‘wider’ nozzle is used so that in a cross-wind event the chemical hits the plant rather than being blown off target.

How does it see plants?

The science behind how Weed-IT works is very clever.

Plants react to all forms of light but they react most to red light. Weed-IT sensors have an active red light source that continually shines on the ground and is very prominent when spraying at night.

When red light is passed over live plant matter the chlorophyll in that plant absorbs some of the red light, converts it and emits it as Near Infra Red light (NIR). The Weed-IT sensors are continually on the hunt for presence of NIR. This happens so much so that each sensor looks at the ground 40,000 times per second checking for the presence of NIR. 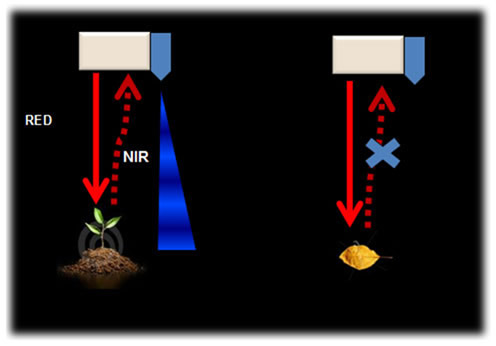 WEED it does not require any manual calibration.

Natural NIR is everywhere in the environment and therefore Weed-IT must run constant calibrations measuring the level of background NIR, this is all done automatically and without you knowing it. Where there is an increased level of NIR above the background/environmental level, the Weed-IT activates the solenoid on the target.

That all sounds very technical, most importantly all you need to do is turn the console on and drive!! No button pressing, no calibration. 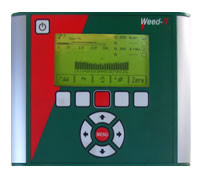 The Weed-IT console is classified as a ‘smart terminal’ as it not only sends setting commands to the boom, it also receives messages back from the boom on things like performance, pressure and diagnostics. A good example of this is the ability to read pressure that is taken at the spray line of the boom. Things like sensor performance, activation times, calibration figures and ground speed are all brought to the central console. Most of the consoles power is hidden behind setup screens when first installation takes place. Simplicity is the key to the console and being able to turn the Weed-IT on via one touch and then drive makes it friendly for any operator.